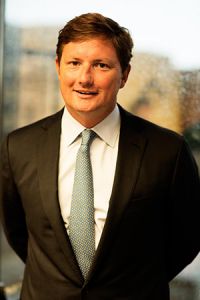 JAMES C. "RAD" WEAVER, San Antonio, Texas, was appointed to a six-year term on The University of Texas System Board of Regents by Governor Greg Abbott in January 2017 and was confirmed by the Texas Senate on February 7, 2017.

Mr. Weaver is CEO and Chairman of CW Interests, an investment management firm in San Antonio, Texas. He oversees the implementation of the company’s investment strategies, including management of direct investments in private operating businesses. Mr. Weaver is the former CEO of McCombs Partners.

He is currently serving on multiple corporate boards including Cox Enterprises, KB Home, and Circuit of the Americas.

Mr. Weaver holds a Bachelor’s degree in Business Administration from the University of Texas at Austin.