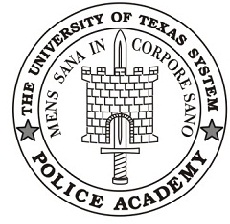 The University of Texas System Police Academy was created by unanimous vote of the U.T. System Board of Regents on December 8, 1967.  The first training class of peace officers graduated in 1968.  The academy is licensed by the Texas Commission on Law Enforcement Officer Standards and Education (TCOLE) and has completed nearly 100 basic training schools for peace officers since 1968 graduating more than 2,000 police cadets.

Both basic and in-service training services are provided to our 14 police departments across the U.T. System by the academy.  Training is managed and coordinated with TCOLE through the Office of Director of Police.  Training classes can be open to law enforcement agencies across the state, or closed to U.T. System Police only, dependent on the topics of instruction.  Training directly sponsored by the academy meets or exceeds TCOLE requirements and is reported as continuing education credit.

As of Basic Police Officer Certification class number 94, beginning January of 2013, both the University of Phoenix and Tarleton State University have indicated that if police cadets otherwise met their institutions’ respective enrollment requirements then 30 hours of college credit would be awarded for successful completion of the Basic Peace Officer Certification course.

Cadets from a number of other law enforcement agencies in the State of Texas have attended Basic Training Schools at the academy: 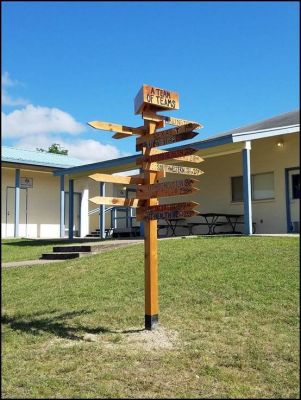 Basic Training in the academy includes both classroom education and skills acquisition.  Cadets are required to demonstrate proficiency in all areas of instruction to successfully complete the academy.  Following graduation from the academy, cadets must then pass the State Peace Officer Exam, administered by TCOLE, to be a licensed in the State of Texas.  As of 2019, the last 16 cadet classes have maintained a 100% pass rate on first attempt on the exam.

To be a Peace Officer in the State of Texas, persons must have both a license from TCOLE and a commission from an authorized agency.  Director of Police Michael J. Heidingsfield commissions Peace Officers of the University of Texas System.  The authority is vested in the U.T. System Board of Regents by Article 51.203, Texas Education Code.  U.T. System Police Officers have primary jurisdiction in all counties of the State where U.T. property is located.  They are vested with all the powers, privileges and immunities of peace officers and may enforce all traffic laws on streets and highways.

Applicants for police officer are generally recruited by one of our 14 campus police departments.  In some cases these applicants already possess a Peace Officer License from TCOLE.  These applicants can bypass the Basic Training School requirements and may attend an Advanced Officer Training course offered annually.

Classes and training are conducted in a paramilitary fashion with many traditional military protocols observed and an accompanying requirement that cadets not only participate successfully in the learning process but have both class and grounds’ responsibilities.  Cadet and lateral officer candidate uniforms are prescribed as they are for staff, guest instructors and in service trainees.  The entire facility and grounds are tobacco product-free.  The academy facility is heralded as “Rafftown” in recognition of the service and contributions of Police Inspector Dan Raff who is also the UT System Police historian.  Similarly, the firearms range is dedicated to former Director Frank Cornwall.

The academy is located on the Bee Cave Research Center in Western Travis County approximately three miles West of West Lake Hills, a suburb of Austin, Texas at 506 Crystal Creek Drive.  The site was formerly a Nike-Hercules surface-to-air missile base constructed in the late 1950s to protect the Capital of Texas.  The site was decommissioned in the mid 1960s and the land was given to The University of Texas.  GPS: 30.314168,-97.863861.  The facility is an austere and purposely geographically isolated rural setting to facilitate a focus on learning and training without distraction.  This is not a residential academy but instead relies on pre-identified commercial lodging in the Greater Austin Area for housing for cadets and lateral officer candidates.  It is approximately 30 minutes from downtown Austin and the Office of the Director of Police (ODOP) headquarters for the UT System Police. 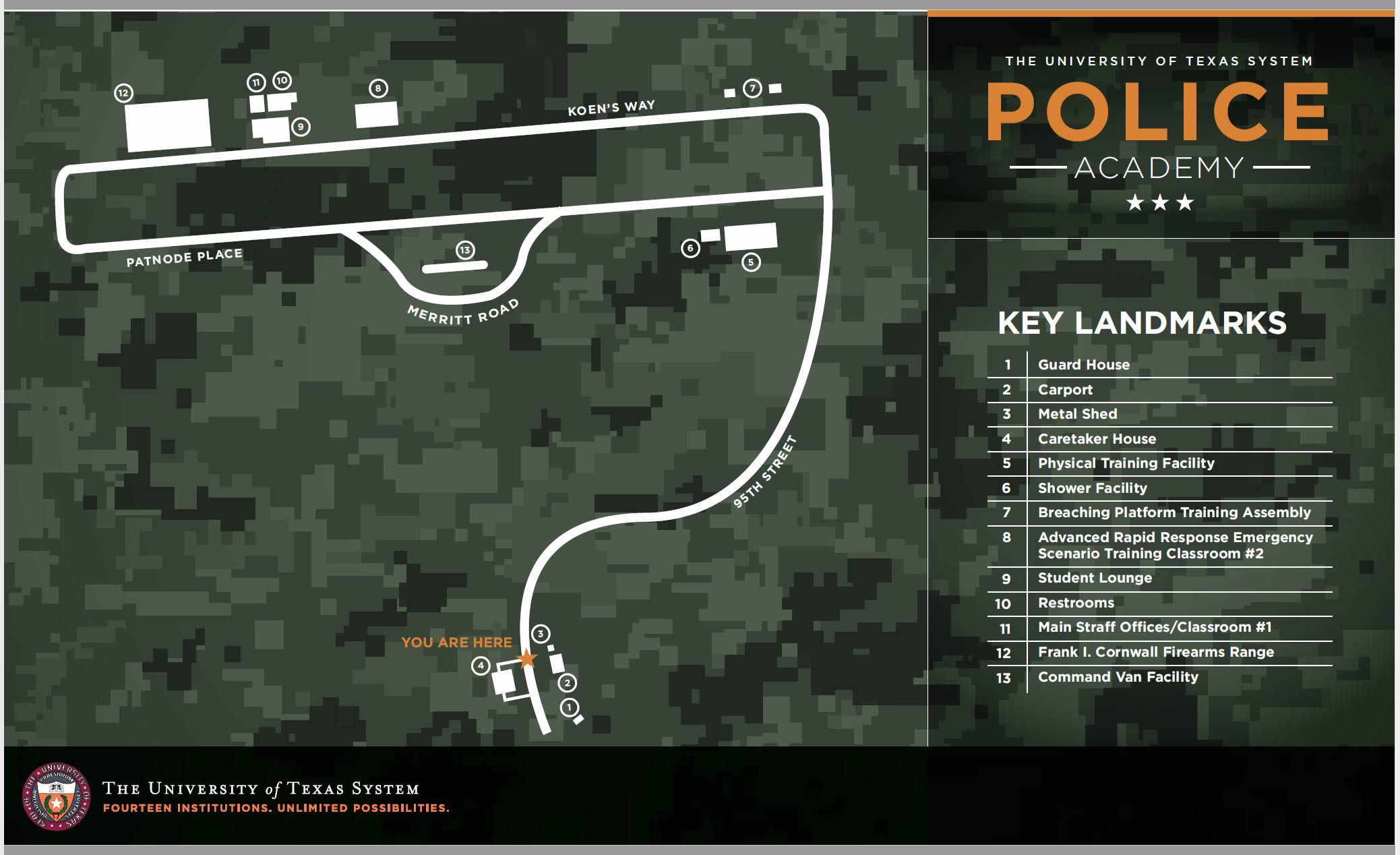 The University of Texas System Police Academy Advisory Board, composed of both law enforcement and public members, meets at least annually to provide advise and counsel to the Director of Police and Police Academy Commander. 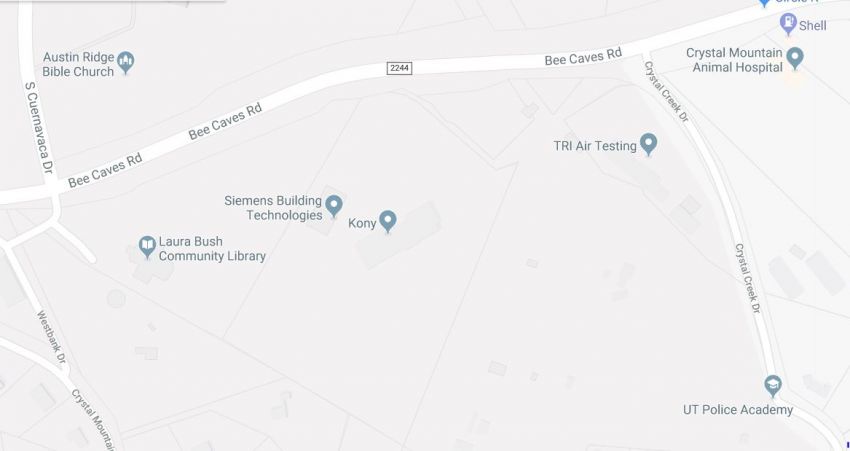 Procedure For Qualifying Applicants For Employment As Peace Officers