A sixth-generation Texan, Vice-Chairman Hunt graduated with honors from The University of Texas at Austin with a bachelor's degree in finance in 1966 and an M.B.A. in finance in 1970. He earned an M.A. in management from the Claremont Graduate School in California in 1989.

Mr. Hunt is chief executive officer of Hunt Building Company, Ltd., a privately owned development, construction, and property management company based in El Paso. The company specializes in multifamily housing for private and governmental clients and is the largest builder of military housing in the United States. The company is also active in real estate development in several Southwestern cities.

Mr. Hunt is president of the Cimarron Foundation, a private family foundation he and his wife established in 1987. At U. T. El Paso, the foundation supported the creation of the Public Policy Research Center; the Center for Entrepreneurial Development, Advancement, Research and Support; and the Jack and Dorothy Hunt Endowment for Entrepreneurship, which established a professorship in the College of Business. The foundation recently contributed to the endowment of a Distinguished Chair in Pediatric Neurology and Learning at the U. T. Southwestern Medical Center - Dallas.

A former member of the Claremont Graduate School Board of Visitors, Mr. Hunt also served on the U. T. El Paso Development Board and the Board of Visitors of the U. T. M. D. Anderson Cancer Center. He is a former officer and member of the boards of directors of the El Paso Rehabilitation Center, St. Clement's Episcopal Parish School, and Providence Memorial Hospital and has been involved in numerous fund-raising activities for civic and charitable causes, such as the Leadership Division of the El Paso YWCA's 1998-99 capital campaign. Mr. Hunt served on the state boards of directors of JP Morgan Chase Bank of Texas in Houston and JP Morgan Chase-El Paso.

Mr. Hunt has been recognized for his civic and business activities by Jr. Achievement of the Desert Southwest (El Paso Business Hall of Fame), the El Paso Rotary Club (Distinguished Service Award), U. T. El Paso (El Gran Paseño), and the City of El Paso (Conquistador Award). He was honored by El Paso Inc. as El Pasoan of the Year 1999 and by the El Paso Times as a 1999 "Top Newsmaker". Mr. Hunt was the El Paso County Historical Society's honoree in 2000.

Mr. Hunt is married to the former Gayle Loree Greve, a 1966 graduate of U. T. Austin. They have five children.

A Tribute to Excellence 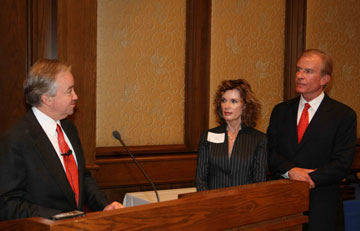 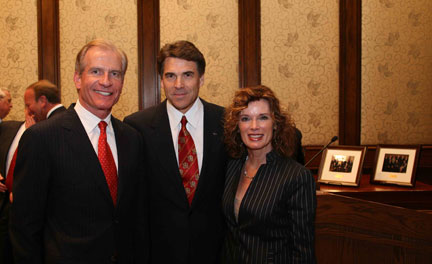