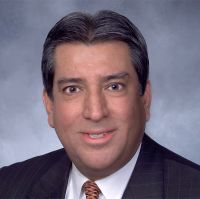 In November 2001, Governor Rick Perry appointed Robert A. Estrada to the Board of Regents of The University of Texas System. Regent Estrada is Chairman of the Audit, Compliance, and Management Review Committee and serves on the Facilities Planning and Construction Committee; the Academic Affairs Committee; and the Student, Faculty, and Staff Campus Life Committee. He serves on the Task Force on Admissions, Tuition, and Financial Aid and is also a member of the Texas Growth Fund Board of Trustees.

Mr. Estrada, an attorney at law, is Chairman of the Board of Estrada Hinojosa & Company, Inc., an investment banking firm he founded in 1990. Since its inception, the firm has been involved in municipal bond underwritings totaling more than $70 billion and has provided financial advisory services on financings totaling more than $30 billion. In addition to its Dallas, Texas, headquarters, Estrada Hinojosa has offices in Houston, San Antonio, Miami, and San Diego.

He is an active member of the Texas Bar Association and is also a Registered Principal with the Municipal Securities Rulemaking Board (MSRB) and holds various other securities licenses. In January 2005, Mr. Estrada was elected to a three-year term on the the Federal Reserve Bank of Dallas board of directors.

From October 1, 1997 until September 30, 2000, Mr. Estrada served a three-year term on the board of directors of the Municipal Securities Rulemaking Board (MSRB), a self-regulatory organization which sets standards for the municipal securities industry. Mr. Estrada was designated Chairman of the MSRB during his third year on the Board. He is the immediate past Chairman of the Board of Trustees of the Municipal Advisory Council of Texas.

From 1990 to 1994, Mr. Estrada served on the Board of Directors for the Student Loan Marketing Association ("Sallie Mae") in Washington, D.C., a $50 billion corporation, and was a member of the Board's Executive Committee. Mr. Estrada is a former member of the Board of Directors of the Trinity River Authority of Texas and has served on the Policy Board of the Texas Department of Commerce. He was appointed by former Governor George W. Bush to Chair the Advisory Committee to the Governor for the selection of the Texas Quarter Dollar Coin Design used by the U. S. Mint to produce the Texas Quarter Dollar in 2004.

Mr. Estrada is on the Executive Committee of the Board of Directors of the Greater Dallas Chamber of Commerce and is also active in the Dallas Hispanic Chamber of Commerce and has chaired its Foundation Board. In addition, he is on the Board of Trustees of The Dallas Opera Foundation and works with numerous other community organizations. In 1989 and again in 2005, Hispanic Business magazine named Mr. Estrada among the 100 most influential Hispanics in America. In 2002, he was named a Texas Southmost College Distinguished Alumnus.

During his years of active bond law practice, Mr. Estrada worked with the prominent bond law firm of Hutchison Boyle Brooks & Fisher, Attorneys at Law, where he represented numerous public entities in the Southwest. Mr. Estrada received a Bachelor of Science degree and a Doctor of Jurisprudence degree from The University of Texas at Austin.

In addition to his business and legal credentials, Mr. Estrada has extensive experience in government service. He has served in The White House as a Special Assistant to former President George Bush and was a State Director for the late United States Senator John Tower. He also served in the United States Air Force. A native of Mexico City, Mexico, Mr. Estrada is a U. S. citizen who considers Brownsville, Texas, his hometown. He has spent most of his adult life in Austin and Dallas, but now resides in Fort Worth, Texas. He is married to Catherine Bernell Estrada and they have six children. 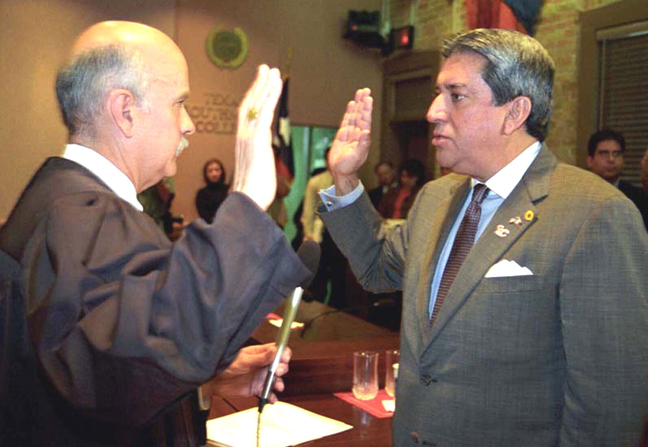 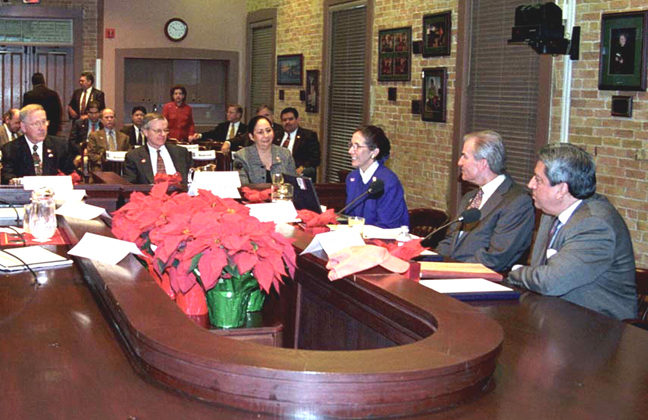