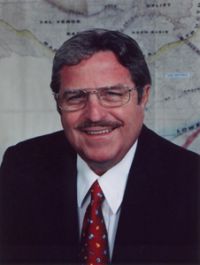 A. R. (TONY) SANCHEZ, JR., a Laredo attorney and oilman, was appointed to a six-year term on the Board of Regents of The University of Texas System by Governor George W. Bush, effective February 1, 1997. He is a member of the Health Affairs Committee, the Facilities Planning and Construction Committee, and the Student, Faculty, and Staff Campus Life Committee. He led the Task Force on Technology and is former Chairman of the Special Committee on Telecommunications and Technology Transfer. He has served on the Special Committee on Minorities and Women and as a Regental representative on the Board of Directors of The University of Texas Investment Management Company.

Since 1973, Mr. Sanchez has been active in oil and gas exploration which is conducted by his privately-owned company, Sanchez Oil & Gas Corporation. Mr. Sanchez is Chairman of the Board and Chief Executive Officer of the company. The company, which is the 18th largest producer of natural gas in Texas and has offices in Houston and Laredo, operates in all major gas trends in Texas and the Rocky Mountains.

Mr. Sanchez and his family are the largest stockholders in International Bancshares Corporation, a bank holding company with 98 banks and/or branches in 28 Texas cities including Laredo, Houston, San Antonio, McAllen, Corpus Christi, Brownsville, and the Coastal Bend. Mr. Sanchez is a member of the company's Board of Directors.

Other business interests pursued by Mr. Sanchez include venture capital investments and partnerships in a variety of high-technology businesses, industrial parks, ranches, and commercial real estate. He helped provide venture capital for the company that was the forerunner of Blockbuster Entertainment.

Mr. Sanchez currently serves on the Board of Directors of ZixIt, a company which is developing an Internet transaction payment system and exploring additional Internet related business. Formerly CustomTracks, ZixIt is a leading global provider of systems and solutions offering the Company's core competence in wireless data technologies.

He is a member of the American Petroleum Institute and the Independent Petroleum Association of America. In 1994, he was appointed to the National Petroleum Council, which advises the Secretary of the U.S. Department of Energy. He also has been a member of the InterState Oil & Gas Compact Commission.

Mr. Sanchez is an avid fisherman and sportsman and maintains a great interest in fish and wildlife management. He served as a member of the Texas Parks and Wildlife Commission from 1985 to 1991.

He has been active in numerous community organizations such as the Boy Scouts, Little League, the Ruthe B. Cowl Rehabilitation Center, and Bethany House, a food center for the homeless. He also is active in the St. Patrick's Church Men's Club. 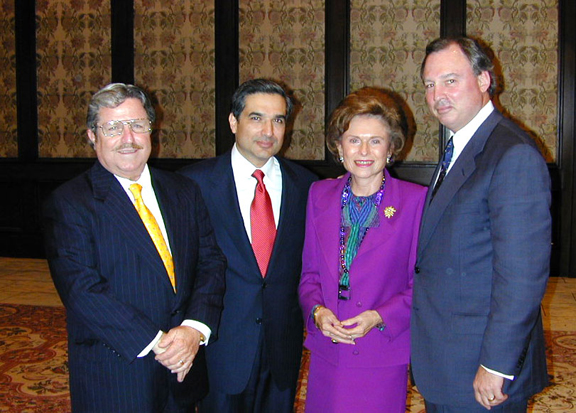