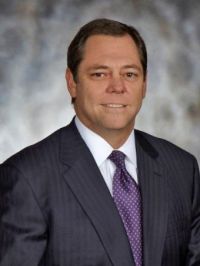 PAUL L. FOSTER, El Paso, Texas, was appointed to a six-year term on The University of Texas System Board of Regents by Governor Rick Perry in November 2007. He was reappointed to the Board by Governor Perry in February 2013 and was confirmed by the Texas Senate on May 24, 2013.

Mr. Foster is the Chief Executive Officer of Franklin Mountain Management, LLC. He is the founder and former Executive Chairman of Western Refining, Inc., and currently is a Director of Andeavor, a U.S. refining, marketing, and logistics company. He graduated with a degree in accounting from Baylor University and received certification by the Arizona State Board of Accountancy. He serves on numerous boards including the El Paso Branch of the Dallas Federal Reserve, WestStar Bank, Jordan Foster Construction, and the Borderplex Regional Economic Alliance. Mr. Foster is also a founding member of MountainStar Sports Group, owners of the El Paso Chihuahuas and the Ciudad Juarez Bravos. He is a former member of the Texas Higher Education Coordinating Board, the Texas Business Leadership Council, and the Texas Economic Development Corporation.