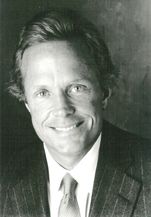 PETER R. CONEWAY of Houston was appointed to a six-year term on the Board of Regents of The University of Texas System by Governor Ann Richards in 1993. He resigned from the Board on August 12, 1993 to avoid any appearance of conflict of interest related to his continuing limited business relationship with Goldman, Sachs & Company of New York City.

Mr. Coneway grew up in the Rio Grande Valley town of Harlingen, where his father was city attorney for 30 years. He received a BBA degree from The University of Texas at Austin in 1966 and an MBA degree from Stanford University in 1969. While at U.T. Austin, Mr. Coneway was named the outstanding graduate of the Department of Finance. He also was vice president of the Students' Association and a member of the Friar Society and the Chancellor's Advisory Cabinet. He received the Goodfellow Award and a Rotary Foundation Fellowship for study for a year at the University of Hong Kong.

Mr. Coneway is married and has two children.

Excerpt from the website of the U. S. Embassy in Switzerland

President Bush nominated Peter R. Coneway to be the next U.S. Ambassador to Switzerland and Liechtenstein in May 2006. Mr. Coneway's nomination was approved by the U.S. Senate on June 29.

An Advisory Director with Goldman, Sachs & Co., Mr. Coneway joined the firm in 1969 after graduating with an MBA from Stanford University. He founded the Houston office for Goldman Sachs in 1975, was named a general partner in 1978, established the firm's equities sales, trading and research division in Tokyo in 1987-88 and then returned to manage the Houston office. He currently serves as immediate past Chairman and a member of the Board of Visitors for The University of Texas M. D. Anderson Cancer Center, a Trustee of the Texas Heart Institute, a Trustee of the Houston Museum of Fine Arts, and a past member of the National Board of the Smithsonian Institution, Chairman of the Stanford Business School Trust, Director of the Greater Houston Partnership and Chairman of the Houston/Harris County Sports Facility Public Advisory Committee.

A 1966 graduate of the College of Business Administration at The University of Texas, Mr. Coneway received the Outstanding Young Texas Ex Award in 1983, was appointed to the UT System Board of Regents in 1993, was named a Distinguished Alumnus in October 2003, and received the McCombs Business School Hall of Fame award in 2004.

Mr. Coneway and spouse Lynn Coneway have two children and reside in Houston, Texas. He plans to arrive in Bern to take up his post as Ambassador later in the summer.

Retrieved from http://bern.usembassy.gov/ambassador.html on September 19, 2006