Department of Integrative Biology and Pharmacology

Jeffrey Alan Frost was born in 1964 in Vernon, Connecticut and grew up in northwestern New Jersey. He attended college at the University of California, San Diego, earning a Bachelor of Arts in Biochemistry and Cell Biology in 1987. He attended graduate school in the Biomedical Sciences Graduate Program at UC San Diego, where he studied Ras-dependent signaling mechanisms in cancer under the mentorship of Dr. James Feramisco. After receiving his Ph.D. in 1993, Dr. Frost trained as a postdoctoral fellow in the laboratory of Dr. Melanie Cobb at The University of Texas Southwestern Medical Center in Dallas. There he studied MAP Kinase signaling pathways in cancer. In 1999, Dr. Frost took a position as an Assistant Professor in the Department of Integrative Biology and Pharmacology at The University of Texas Medical School in Houston. Dr. Frost is currently a full Professor in the same department at what is now the McGovern Medical School. In that role he maintains an extramurally funded laboratory studying signaling mechanisms that promote breast cancer progression and metastasis, which provides many training opportunities for undergraduate, graduate, and post-graduate students. In addition, Dr. Frost directs the GradSURP summer undergraduate research program, which provides research opportunities for college students interested in biomedical science. He also devotes a considerable amount of time to medical and graduate student education. Dr. Frost has been recognized over the years for his commitment to education, having received multiple separate awards from the graduate school and medical school deans for excellence in teaching. 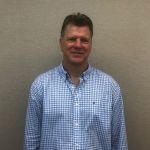