College of Arts and Sciences

While it may sound cliché, knowing how much I am helping students and their families, especially all of the first generation college students that I work with, has had a tremendous impact on my life.

Michael Sean Frawley was born and raised in Erie, Pennsylvania.  While living in the wilds of northwestern Pennsylvania he learned the true meaning of the words “lake effect” while gaining a lifetime love of reading during the long winters of the region.  Frawley earned a Bachelor of Arts in History from Pennsylvania State University – the Behrend College in 2000 and a second Bachelor of Arts in Political Science from the same institution in 2001.  He received his Master of Arts in Social Science at Edinboro University of Pennsylvania in 2007 and anticipates earning his Doctor of Philosophy from Louisiana State University in August 2014.  He currently lives with his wife Melissa and their two cats, Brandy and Baile y, in  Odessa, Texas, where he is a Senior Lecturer in History at the University of Texas of the Permian Basin.  Dr. Frawley also serves as the Coordinator of the First Year Experience Program at UTPB, is the book review editor for Louisiana History, and is currently working on finishing his first book on manufacturing in the Antebellum Gulf South. 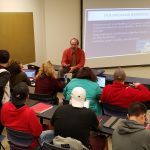 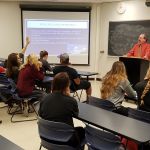 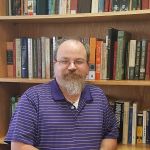