College of Architecture, Construction and Planning

Teaching demands that I continually recommit myself to pursuing architecture with optimism, purpose, and humility. It obliges me to model these qualities, so that they may be reciprocated by my students.

Ian Caine is a registered architect and urban designer who explores the form, processes, and impacts of suburban and megaregional growth. He holds a SMArchS degree in Architecture and Urbanism from the Massachusetts Institute of Technology. He also earned a B.A. in Political Science and M.Arch from Washington University in Saint Louis, where he received the AIA School Medal & Certificate of Merit upon graduation from the School of Architecture.

Caine’s teaching efforts have received the esteemed 2016-2017 ACSA/AIAS New Faculty Teaching Award, given to three architectural faculty nationwide for excellence in early career teaching; inclusion in Architecture 2030’s national 2016 Pilot Curriculum Project, which recognized a curriculum developed with colleague Dr. Rahman Azari as one of seven nationwide that “transform the culture of sustainable design education;” the 2016 UTSA President’s Distinguished Teaching Award, which recognized a single tenure-track faculty across all university disciplines; the 2017 Faculty Mentor Award for Undergraduate Research, which highlighted consistent support of undergraduate student research; and the 2016 UTSA Dean’s Outstanding Teaching Award, which he shared with Dr. Azari in recognition of their collaborative design studios.

Caine is currently a Researcher at the Spatial History Project at Stanford University, where he is leading an effort to create an interactive chronology that examines the suburban expansion of San Antonio, Texas. This multidisciplinary effort, undertaken in collaboration with geographers and historians, explores the intersection of suburban morphology, systems and policy.

His urban designs with colleague Derek Hoeferlin have won multiple international awards, including a 2015 honorable mention in the Dry Futures competition, which asked for strategic responses to California’s drought crisis. The two were also named finalists in the Build-a-Better-Burb competition in Long Island, New York and designed one of six winning entries in the Rising Tides competition in San Francisco. At the architectural scale, Caine has designed and contributed to multiple AIA-award winning projects including the Living Wall Project, Moolah Parking Structure, and New City School Cafeteria.

Caine’s designs and writing have been featured in multiple publications including Log, MONU, Sustainability, Metropolis P/O/V, The Architect’s Newspaper, Arqa, Competitions, Scenario (2017), and Lunch (2017) and been exhibited in Beijing, Shanghai, Shenzen, Toronto, Los Angeles, and San Francisco. His work has received additional coverage in popular press outlets such as The Discovery Channel, Texas Public Radio, NYTimes.com, and the San Francisco Chronicle. 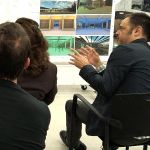 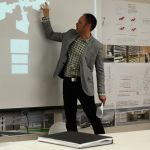 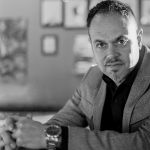 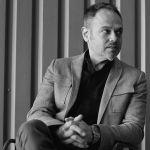 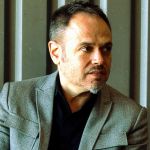