The UT System Board of Regents unanimously voted to name Rodney H. Mabry, Ph.D., President Emeritus of UT Tyler in recognition of his leadership and vision that elevated the university through growth in enrollment, academic programs, and facilities. 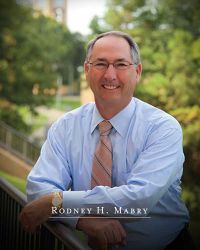 “Dr. Mabry led UT Tyler through an evolution from a primarily commuter college to a comprehensive university that plays a significant role in the education and economic growth of the East Texas region,” said Kevin P. Eltife, chairman of the UT System Board of Regents. “From degree offerings to campus facilities to research, Dr. Mabry led UT Tyler in so many meaningful ways. But his most important accomplishment was expanding access to UT Tyler for students in East Texas and beyond.”

When Mabry became UT Tyler’s president in 1998, there were approximately 3,000 students enrolled. By the time he retired from the presidency, the university's enrollment had nearly tripled. In addition, academic opportunities, including new degree and doctoral programs, had been added; new facilities had been built to engage and educate students on campus and at two new satellite campuses; and UT Tyler's reputation as a regional leader and economic driver had been secured.

“President Mabry has always understood the importance of UT Tyler to East Texas,” said UT System Chancellor James B. Milliken. “His commitment to developing opportunities for students to learn and work and live in the region contributed to a vibrant community.”

After retiring as president, Mabry continued to serve UT Tyler as director of the Hibbs Institute for Business and Economic Research in the College of Business and Technology, where he remains a member of the Advisory Council.