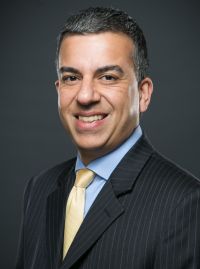 Omar A. Syed is Associate Vice Chancellor and Deputy General Counsel for the UT System. He joined the Office of General Counsel in 2007, managed the General Law practice group from 2014-2016, and has served in his current position since 2016.

Omar received his A.B. with Special Honors in Public Policy Studies from The University of Chicago, and his J.D. from the University of Minnesota Law School. After law school, he practiced civil litigation and administrative law as an Assistant Attorney General for the State of Minnesota. Next, he served as an Assistant United States Attorney in Minneapolis, where he led federal investigations and prosecuted federal narcotics, violent and economic crimes. Immediately before joining OGC, Omar practiced oil and gas law with a private law firm in Austin. Omar is also a first-generation American.

Omar is admitted to practice in Texas, Minnesota, the U.S. Supreme Court, the 5th and 8th U.S. Circuit Courts of Appeals, and the U.S. District Courts for the Western District of Texas and District of Minnesota.