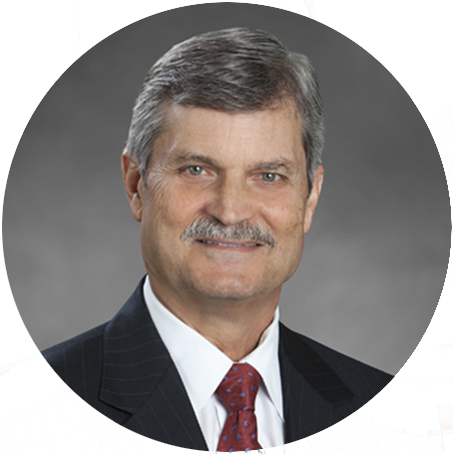 Before joining the UT System in May 2015, Dr. Leslie spent nearly 40 years in numerous academic leadership positions within The University of Texas at Austin. He served as Executive Vice President and Provost for six years and as Special Advisor to the President for one year, assisting in the launch of the Dell Medical School. Prior to becoming Provost, Dr. Leslie served as Dean of the College of Pharmacy and the James T. Doluisio Regents Chair in Pharmacy for nine years. He was also the Inaugural Director of the Institute for Neuroscience at The University of Texas at Austin, and served in this role for six years.

Dr. Leslie’s research is focused on molecular mechanisms of brain development and the effects of fetal alcohol exposure on the developing brain. He has published approximately 100 peer-reviewed scientific articles, relevant to the areas of neuropharmacology and alcohol research. As a Principal Investigator, Dr. Leslie received continuous funding for R01 Research Grants and Training Grants from National Institutes of Health (NIH) for over 28 years. He served as Program Training Director through an NIH Training Grant until his appointment as Dean of the College of Pharmacy at the University of Texas at Austin, in 1998.

Professional recognition for Dr. Leslie includes several notable distinctions. He is a past recipient of NIH’s National Institute on Alcohol Abuse and Alcoholism (NIAAA) Research Scientist Development Award, and the National Institute of General Medical Sciences (NIGMS) MERIT award.  In 2011, The College of Communication at The University of Texas at Austin presented Dr. Leslie with the Robert C. Jeffrey College Benefactor Award. In 2007, The University of Texas at Austin, College of Pharmacy Alumni Association awarded Dr. Leslie with the Legend of Pharmacy Award. That same year, Dr. Leslie was presented with a Lifetime Achievement Award from the Research Society on Alcoholism. In 2001, The Texas Pharmacy Foundation presented Dr. Leslie with the Individual Educational Excellence Award, and in 1994, Purdue University’s School of Pharmacy and Pharmacal Sciences acknowledged his many accomplishments by awarding him the Distinguished Alumnus Award.